Like many chronic conditions, the early detection of Peripheral Vascular Disease enables providers with the widest range of treatment options, enabling the disease to be addressed with interventions that are lower-cost, less risky, and deliver better results, for optimized patient outcomes.

PADnet® is a great way to facilitate the early detection of PAD, but many of our providers have asked us what to do when they discover a patient with PAD. This complimentary webinar, provided free in honor of September being PAD Awareness Month, helps to tackle this question.

Biomedix is hosting this webinar every Friday at Noon Eastern through Friday, October 5th.

When: Every Friday at Noon Central through Friday, October 5th, 2018

About the Speaker, Dr. John Martin

Dr. Martin is a renowned vascular specialist who received his medical degree from UT Southwestern in Dallas, his graduate medical training at Parkland Hospital and his MBA from the Carey Business School at Johns Hopkins.

His over 30-year career began with board certification in general surgery, surgical critical care and vascular surgery.

He previously served as the Medical Director of the Heart and Vascular Institute at Anne Arundel Medical Center.

He ultimately rose to be the President of Cardiology Associates, the largest cardiology group in the Washington DC area, a unique position for a vascular surgeon. He led that group’s integration into the MedStar Health system and then assumed responsibility as Vice President of Physician Operations of the MedStar Medical Group.

He has authored numerous clinical papers in peer reviewed journals and textbooks, holds several patents for medical devices, developed and sold successful medical software for vascular laboratories and is an often-requested speaker at regional, national and international meetings. He has also been a principal investigator in multiple pivotal drug and device trials. 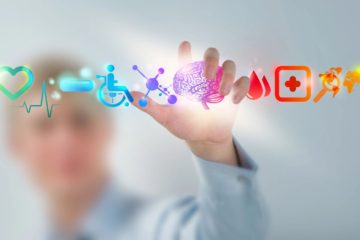 The Fall 2018 edition of Vein Magazine features an article from Biomedix titled: 4 Critical Reasons to Expand Your Collaborative Care Network with Non-Invasive Vascular Assessments. Highlighting our collaborative care model, here are highlights from the Read more… 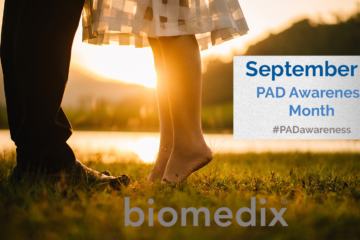 For the month of September, Biomedix is launching an initiative to create a community of success for PADnet customers, to highlight how PADnet is used in practices to save limbs and save lives. To help Read more…